The Ontario Heritage Conference 2013 took place in Midland, Penetanguishene and the Township of Tay on Friday June 7 and Saturday June 8, with pre conference activities on Thursday June 6 and Annual General Meetings of three heritage organizations on Sunday  June 9.

Entitled Rediscover the Past to Enhance the Future, the Conference brought together Heritage Committees and other heritage advocates, architects and archaeologists, heritage planners and consultants: heritage aware people who are interested in preserving and enhancing the built, natural and archaeological heritage of the province.

This was the 25th anniversary for this annual conference, held under the auspices of Community Heritage Ontario and the Architectural Conservancy of Ontario. It is the first time that it has been held in this area since 1997.

Hosts for the Conference were the Local Organizing Committee, including representatives from three local Heritage Committees, and other knowledgeable professionals.  Municipal support was readily available from the Towns of Midland and Penetanguishene and the Township of Tay. Some 50 volunteers worked to ensure that logistics ran smoothly and that delegates felt welcome.

The opening ceremonies on Friday morning were organized to include short welcoming addresses from the office of the Ontario Minister of Tourism, Culture and Sport as well as other Federal, Provincial and Municipal Representatives.

Conference sessions were held in the Midland Cultural Centre, the Midland Public Library, St. Paul’s United Church, Midland, and in the Centennial Museum in Penetanguishene.

A wide range of sessions included presentations on the return of the S.S. Keewatin, the Tay Shore “rail to Trail” conversion, the preservation of the Victoria Harbour Range Light, and the legacy of lumbering in Huronia. 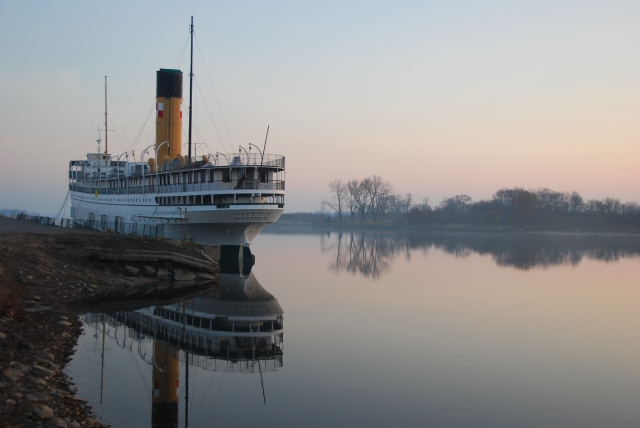 The major theme of the conference was the role that heritage can play in community economic development. For example, the return of the S.S. Keewatin to Port McNicoll is expected to help revitalize the once vibrant village.

Conference tours included the S.S. Keewatin and Ste. Marie Among the Hurons in the Township of Tay, and Discovery Harbour and other heritage sites in Penetanguishene.

A car rally of historic sites in the three Municipalities provided an introduction to some of the many points of interest in this area.

Opportunities for evening socializing included a pre-conference reception at Huronia Museum and a reception and dinner at the North Simcoe Sports and Recreation Centre, both in Midland. David Crombie, heritage advocate and former Mayor of Toronto, spoke at this Friday night banquet.

The closing reception and dinner on Saturday, June 8 was held at Discovery Harbour in Penetanguishene and featured an address by Dr. Andrew Nicholls, an authority on both the history of Ste. Marie and of the former British naval and military base.

The Conference was an unqualified critical and financial success. The feedback, both verbal and written, from the 232 delegates and presenters was very positive. Registrants stated that the conference was “great and well-run”. They appreciated “how well organized it was”, and found it to have a “good pace and flow”. The written evaluations indicated an overall approval rating in excess of 90%.

This has become a very popular conference to attend. Delegates come from around the province and many may not have spent time here previously. The delegates eat, stay and shop locally and were offered the opportunity to explore this part of Huronia. The economic benefit to the area is estimated to exceed $125,000.

For information on the program and videos of the sessions, see http://www.ontarioheritageconference.ca